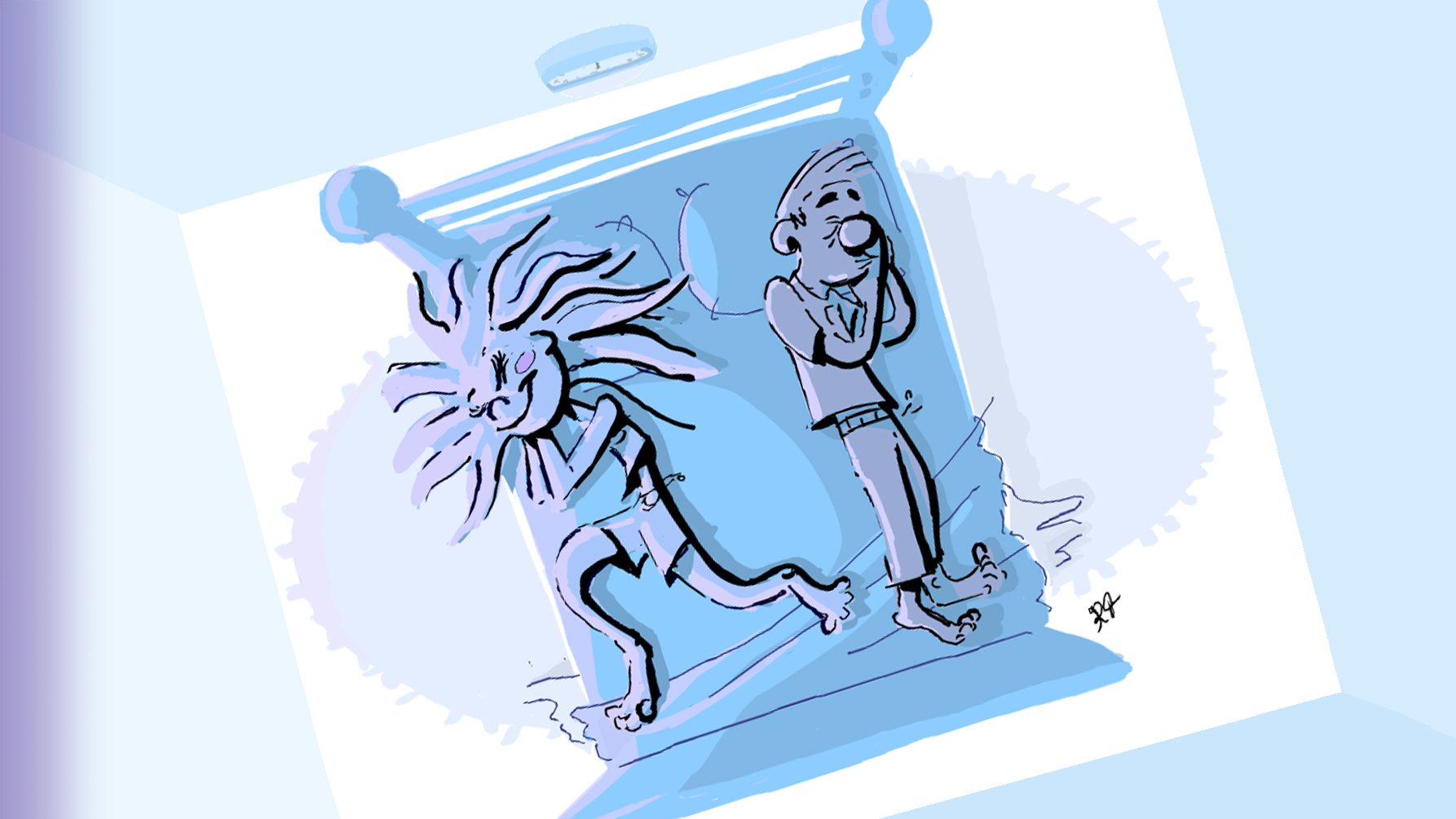 The Battle of Bed

The eternal struggle through (duvet) time and (bed) space.

Yes, it’s the never-ending, nightly struggle for bed space supremacy.
And yup, it may or may not be based on personal experience. . .

*Flash of course now known as “Animate” officially by Adobe. . .but it’ll always be our lil’ “Flash”, Adobe. Always.

For our final project in our Calarts’ “Flash Class” we had to design a looping animation that was based off a theme. The theme was decided on by the class as a whole. Democracy is a beautiful thing.

As it turned out, my theme suggestion – “Sleep” was picked (see, I told you Democracy was a beautiful thing!)

I felt it was pretty prevalent at the time as we all were deep into ‘crunch-time’ trying to make our end-of-year animated short films, and none of us had seen decent sleep in weeks (unless you count the odd hour sleeping balled up under your animation desk like some sort of arthritic ferret. . .)

Because of the looping principle, I wanted something to study from the theme that would be cyclical in nature, which led me to come up with a few ideas around what happens during sleep, the so-called “sleep cycle”, if you will.

We all have certain patterns in sleep, and I thought it would be interesting to look into some of the funnier, character-driven moments that we can all empathize with at some point or another during our “sleep cycles”.

With that, I decided to do a looping animation where a sleeping couple share the bed through the night – with one ‘better half’ decidedly winning the ‘space’ battle (no, not the Luke Skywalker kind. . .)

Everybody in the bed roll over. There can be only one.

(PS: It was drawn, colored and animated entirely in the newest version of Flash [OK – Animate 🙄].
And I gotta say, I really enjoyed using the new tools in Flash, particularly for drawing)